Sisseton, SD is a vibrant town full of wonderful small businesses, beautiful art, and wondrous culture. It’s a great place to visit in northeast South Dakota. Recently, they needed to create a social media campaign to urge travelers to visit safely during the COVID-19 pandemic.

They heard about the wonderful work we’ve done to promote South Dakota’s small towns and businesses on social media, so they came to us to shoot a video project.

We were happy to work with Sisseton’s business leaders, cultural guides, and artistic influencers. And they all gave us such a warm welcome despite the cold weather. We wanted to capture the flavor of Sisseton with a consistent story.

There is a style of TV commercials done in California that quickly covers many faces and locations to form an overall story. For this video project, we wanted to do the same thing, but give it a South Dakota twist.

Troy McQuillen worked closely with the Sisseton Chamber of commerce to plan and produce the video project. He said, “When I start, I write the overall narrative. Then I trim it down to just a couple of words from each person.” He also knows that people can sometimes be a little camera shy. “We recognize acting is not everyone’s forte, but a single word or brief phrase is possible for most anyone,” he added. 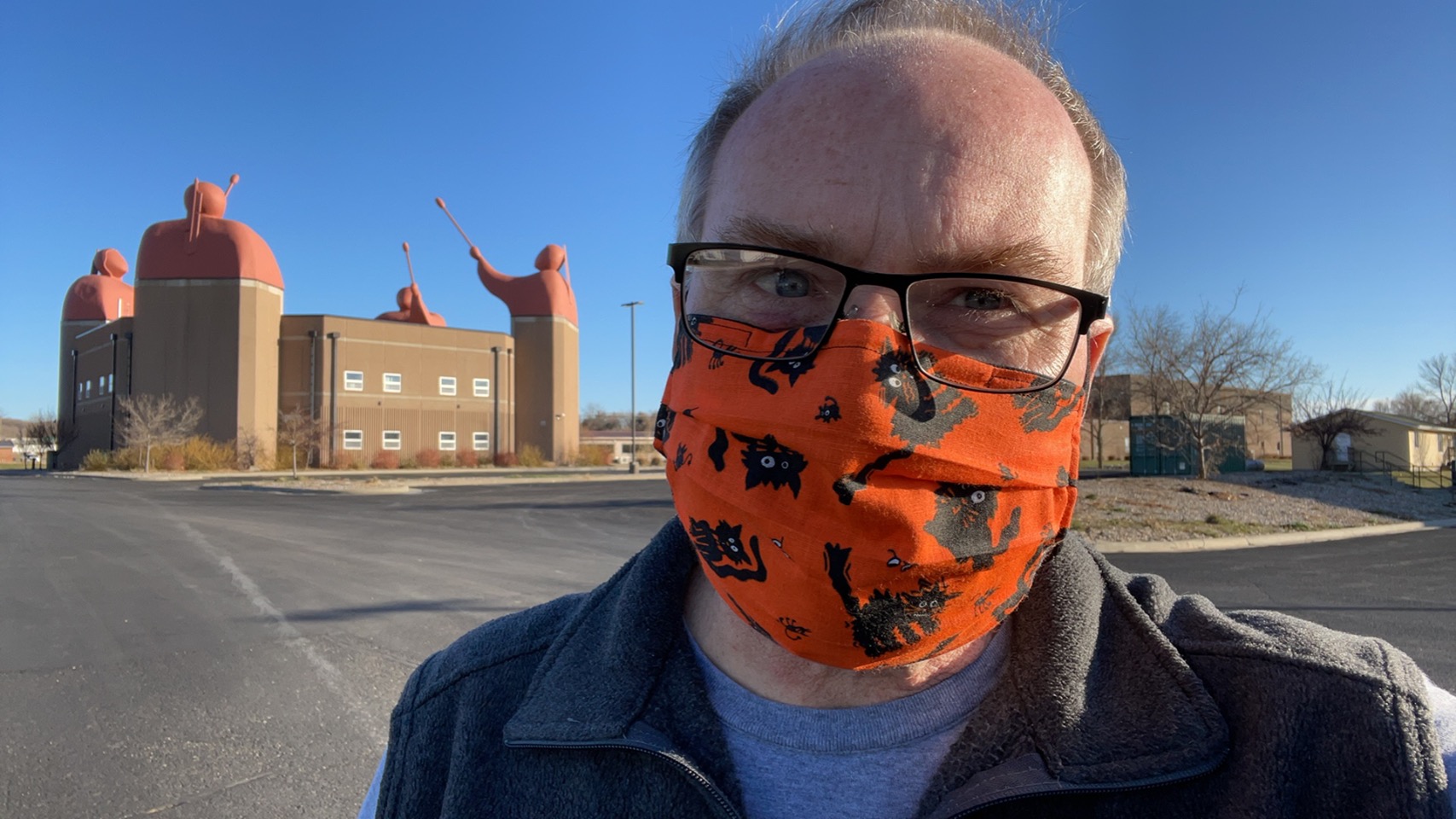 We made sure to mask up when we produced our video for the city of Sisseton, SD!

Because this was a very fast project, the budget was relatively low. We had one day of filming and about two days of post-production. The goal was to economize our time so that Sisseton could invest in as much media as possible as part of their South Dakota Tourism grant.

There are about 12 locations in this video project. “That is an insane number for a one-day shoot,” Troy explained. Fortunately, Ashely Wolf of the Sisseton Economic Development Corporation scheduled everything perfectly. And the necessary people showed up. Sisseton seems to be a motivated community when it comes to showing their hometown pride.

The logistics weren’t the only issue. Troy said, “We were also fighting the short day with sunset occurring at about 4:30 pm. And our videographer, Stephanie Ludens, is quick to commit to a shot so lighting, camera movement, and actions can be determined in minutes.” This allowed everyone to move quickly between shots. He added, “Usually, we only shot about 5 takes at each spot.”

The final shot of the day incorporated everyone we shot previously. The final drone shot was filmed when the sun had just tucked behind the clouds and trees.

Troy was quick to point out that CDC safety guidelines were followed closely by everyone who participated. Everyone on the production team wore masks, as well as the actors. They took them off briefly for the actual shooting, but a couple of people left them on when appropriate for the subject matter or location.

Putting the Finishing Touches on the Video Project

Stephanie is also our highly skilled video editor took all of the raw footage we shot and put it together in a really slick video project. The editing process is highly involved and we use the latest version of Premiere Pro from Adobe on cutting-edge Mac computers.

“When we come back from a shoot I then take all of the video and audio files that we recorded and organize them into our system,” Stephanie said. She added, “We have a process for synchronizing all the usable audio and video clips.” This process typically involves using separate video and audio equipment. “We typically use separate cameras and microphones at our shoots. Then we take all the clips and combine them into an organized edit,” Stephanie explained.

She explained further, “The advantage we had in this shoot is that it was so well planned that my editing job was really easy. We just had to take the best clips and put them into the order we envisioned. Most of the clips were shot, one-take shots, so it was easy to edit.”

For other videos, we typically have days worth of video and I will watch every clip. I’ll then pick out the best bits and trash the rest. So we take hours of footage and trim it down into usable clips. I will also save certain clips for B-roll footage, which helps fill the gaps in videos or use voiceovers so that videos with interviews stay interesting.

There’s another tidbit about filming that you should know: nothing is ever shot in the order that we would use for a finished video. In the case of the Sisseton video we had the order of shots set, but we had to adjust the shoots to the schedule of our actors. So when you see the video, know that we didn’t tackle those clips in that specific order. That kind of unpredictability makes the video project fun.

We finished the whole project in a little under a week, and that includes the planning, shooting, editing, and promotion. As a matter of fact, the promotion is still running from now until the end of 2020. It continues to be liked and shared among many people. If you see the ad on social media, go ahead and like it! And also make sure you follow Sisseton, SD on Facebook.

Are you dreaming up a video project for your business, organization, or community? We want to make the perfect promotional or informative video project for you. McQuillen Creative has been in the marketing game in Aberdeen, South Dakota for over 25 years and we want to help your business. Do you also need help with your social media presence? We offer month-to-month packages that scale with the needs of our clients. GIVE US A CALL and let’s see how we can help you stand apart.